But I think one of my favorite ways to cook pork tenderloin is this recipe for bacon-wrapped pork glazed with dijon mustard and honey. The honey mustard really brings this meat dish home.

Oh, and the bacon, too. Bacon is always good. 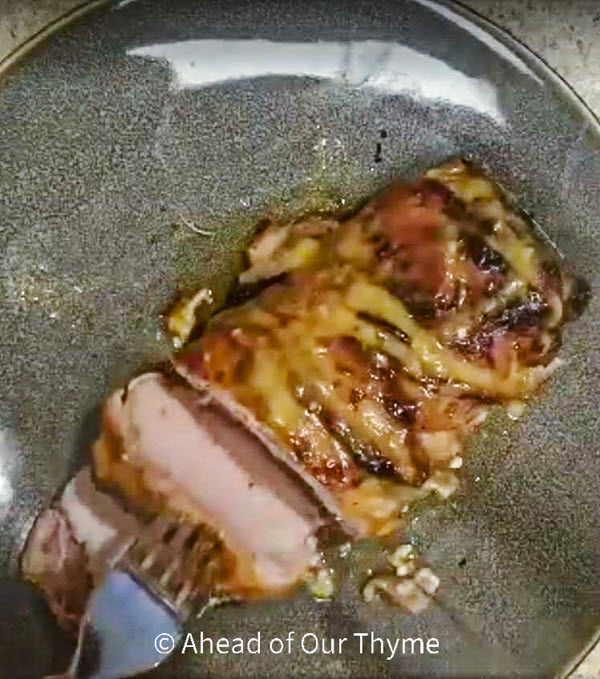 I love the smell of a smoked pork tenderloin baking in the oven. The smell of this roasting meat just fills the house.

This bacon pork tenderloin with honey mustard glaze is so juicy and tender that it’s out of this world. This recipe is as good as anything you would find on Food Network. Recipe reviews don’t lie!

You can make this pork tenderloin on a special occasion, such as a holiday or a weekend.

Is This Bacon Wrapped Pork Tenderloin Recipe Hard to Make?

Bacon wrapped pork tenderloin is always my go-to food when I want to make something special that’s also simple to make. We all get occasionally strapped for time. You just basically season it, then throw it in the oven.

But this time, it’s bacon-wrapped.

And the honey mustard sauce that is brushed over the pork tenderloin and bacon is absolutely delicious.

And the bacon. Did I mention bacon? OK, I’m sorry. I’m just crazy about bacon.

Oh, that honey mustard sauce is good. It just needs to be mixed, and it’s good for glazing that beautiful bacon wrapped pork roast. 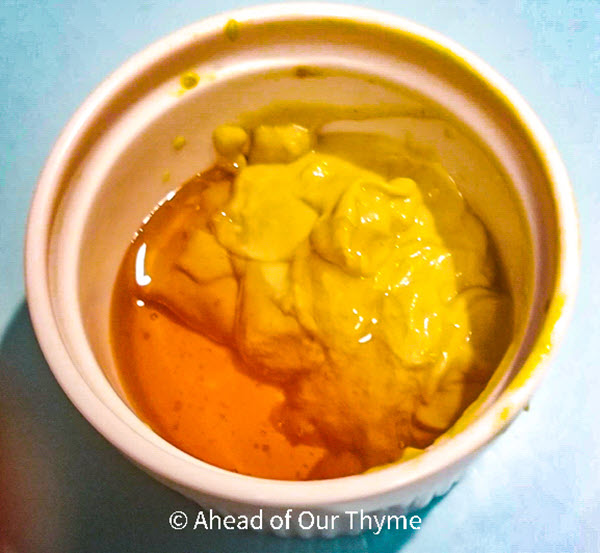 If you’re new to a cooking pork tenderloin meat recipe, you’re in for a surprise. This main dish meat is super easy to make, and it looks impressive when setting the prepared dish on the table.

I usually make gravy to go with pork tenderloin, but not with the bacon-wrapped recipe. So, it’s even easier to make:)

And while wrapping the pork roast in bacon might sound complicated, it’s not.

What Goes with Smoked Pork Tenderloin Wrapped in Bacon?

Here are some other great side dishes for smoked pork tenderloin or any other pork meat:

How about some more bacon? OK, it was worth a shot. Geez.

If you have leftovers, wrap them in plastic wrap or a sealed container and refrigerate them or freeze them. 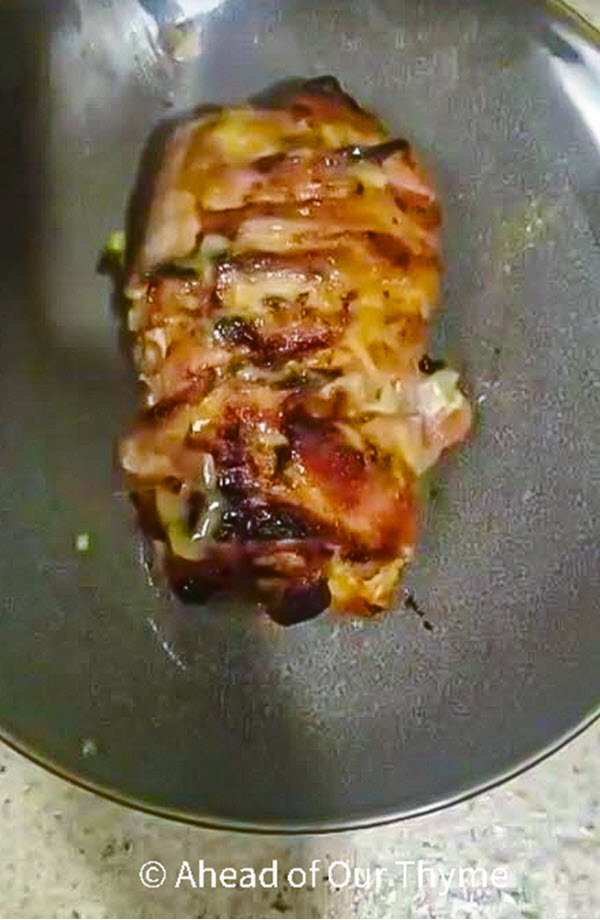 You’ll need a pork tenderloin. I got a 1/2 pound pork roast. It’s for two people, but we love leftovers.

That’s it. Not bad, eh? And that’s for the pork tenderloin and the honey mustard glaze.

What kind of bacon should I use for this bacon wrapped pork tenderloin?

Don’t get a thick cut of bacon for the tenderloin. That won’t cook enough, and if the bacon is too thin, it could burn.

So, go with medium-sliced bacon. Use the kind of bacon that has streaks and that will end up long enough to wrap the tenderloin with. 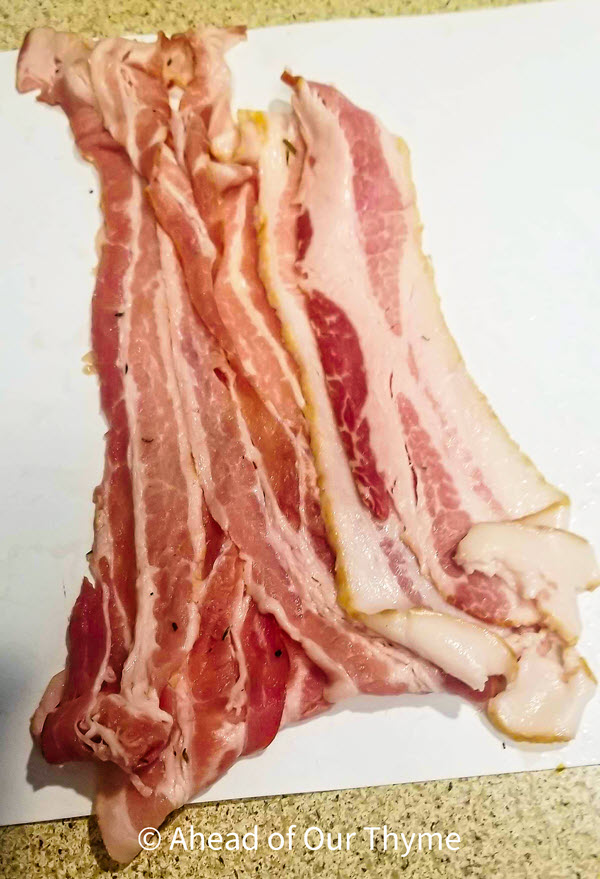 Oh yeah! I love that bacon. Now we just need to wrap the pork in this bacon, and I’m on cloud nine.

Alternate Ingredients You Can Try in Your Pork Loin Roast

You can get creative with your pork tenderloin recipe with these ingredients.

Can you have smoked pork tenderloin when you’re following a Weight Watchers diet? Absolutely!

First of all, the new Personal Points WW plan allows you to eat whatever you want as long as you count the points. But also, in terms of nutrition facts, smoked pork tenderloin is surprisingly low in Personal Points and saturated fat.

This all adds up to just 10 points per serving, and that’s not bad for a luxurious dinner entree.

If you make some adjustments, such as using less honey (maybe 1 tbsp or 2 tbsp) and substituting turkey bacon or smoked bacon, you can save even more points.

You can also try to make this bacon wrapped pork tenderloin air fryer method. The air fryer is great for so many different recipe ideas.

Will this recipe work in the Instant Pot or slow cooker? Not really because you want your bacon to be nice and crispy.

This recipe as written is naturally gluten free. 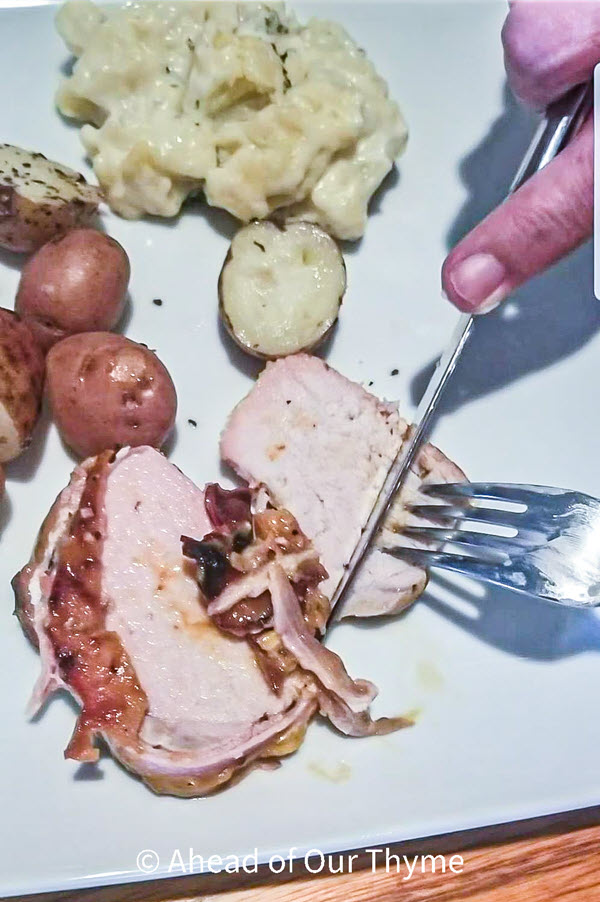 2. In a small bowl, mix the dijon mustard and the honey together. Reserve half.

3. Rinse the pork tenderloin, then pat it dry with a paper towel. Salt and pepper the pork. Then sprinkle it with rosemary.

4. Sear the roast on all sides in the olive oil in a hot skillet or pan on medium heat. Place pork tenderloin on a cutting board. Let it cool for a few minutes. 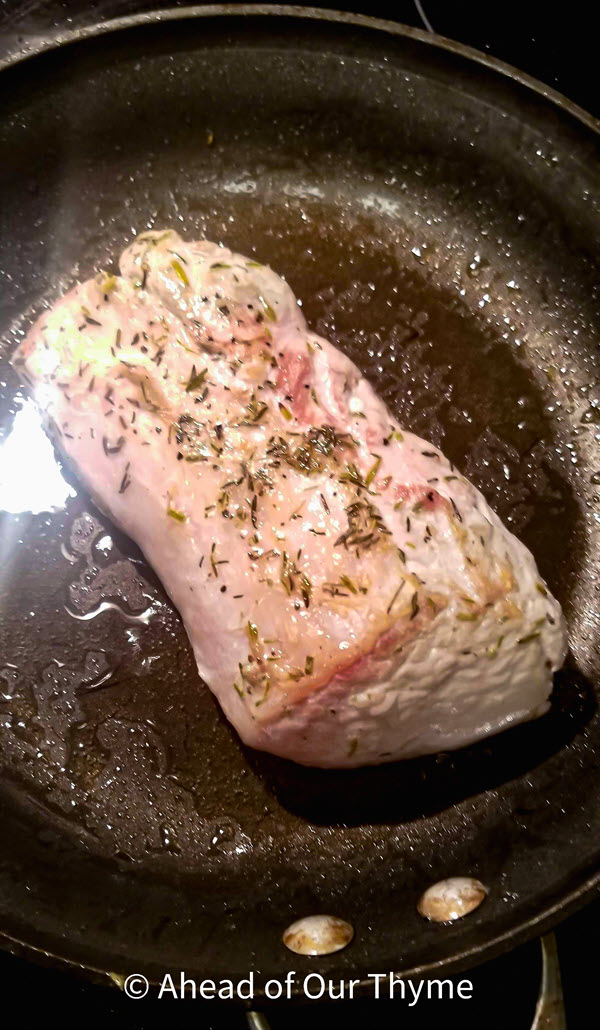 5. Line up the bacon strips on a cutting board (see pic above) and make sure they are slightly overlapping. It should all come together as it cooks.

7. Set the pork tenderloin wrapped in bacon in the baking sheet, then brush with a liberal coat of the dijon and honey mixture over the bacon.

10. If the bacon isn’t slightly crispy (it should be), don’t worry. Just place the cooked pork tenderloin in the broiler for a few minutes until the bacon is more crispy. It’s happened to me more than once.

11. Brush another coat of the honey dijon sauce over the pork tenderloin again.

To learn how to make bacon wrapped pork tenderloin, check out this excellent video. 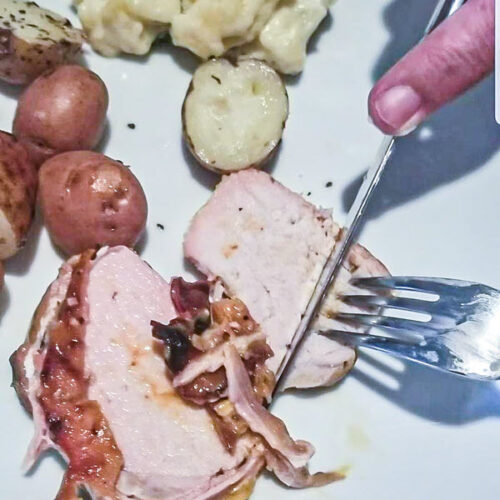