I slowly cook green beans, combining them with bacon and onion. It’s a staple in the south and goes with just about everything. There is a difference between southern green beans and northern-style green beans. OK, I don’t think they’re called northern green beans, but we’re going to call them that in this recipe just for funsies.

What’s The Difference Between Southern And “Northern” Green Beans?

I don’t hate the north. In fact, I lived there for decades. New York City, to be exact. But to me, southern green beans are the best. With the other style of green beans, they are good, but they don’t make my mouth water, and they don’t make me crave them. They are not cooked as long, and they are crisp, whereas the southern beans are not crisp. “Northern” green beans don’t take as long to cook. You can steam them or cook them in a variety of ways. With southern green beans, you need a little patience, but they are worth it.

What Can I Serve With Southern Green Beans? 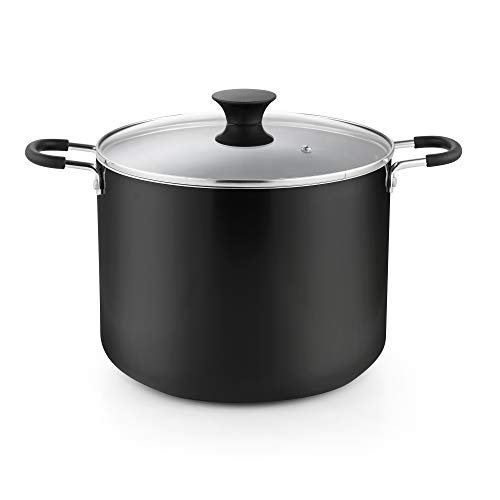 Can I Substitute The Bacon With Anything Else?

If you don’t feel like having bacon with your green beans, I need to ask what’s wrong with you? However, andouille sausage is just as delicious. I don’t understand bacon-haters. SMH. You can also use ham. Turkey bacon would work, too. Prosciutto would probably be delicious. I haven’t tried it that way, but I do love prosciutto. Southern green beans with ham hocks are good, too. I think I’ve had them eleventy bazillion different ways. 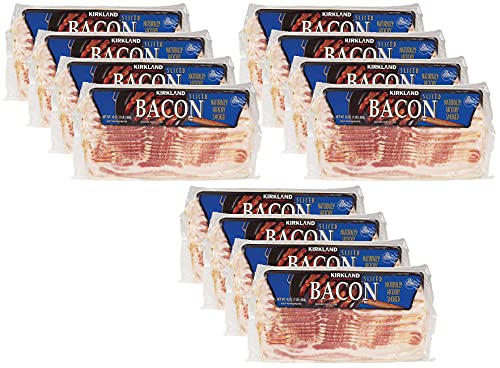 What Ingredients Do I Need For Southern Green Beans?

There aren’t many ingredients in this recipe. Aside from the green beans, you probably have everything you will need in your kitchen.

The best part of this recipe, besides all of it, is that it takes a while to cook, so you can get things done while you’re cooking dinner. Also, you can freeze the green beans, so I cook up a batch and freeze about half of them. And leftovers are always good.

Fry up the bacon in a large pot until crispy. Add onion until translucent, add bacon, and cook for about 30 seconds. Remove the bacon, onion, and garlic from the pan. Set aside. Do not toss out the bacon grease.

Add the chicken broth. Make sure the green beans are slightly covered with the broth, then add the Cajun seasoning and the red pepper flakes.

Cover the pan, and simmer for about 1 ½ hours, then drain before adding the bacon mixture back, and you’re good to go. Let’s eat! 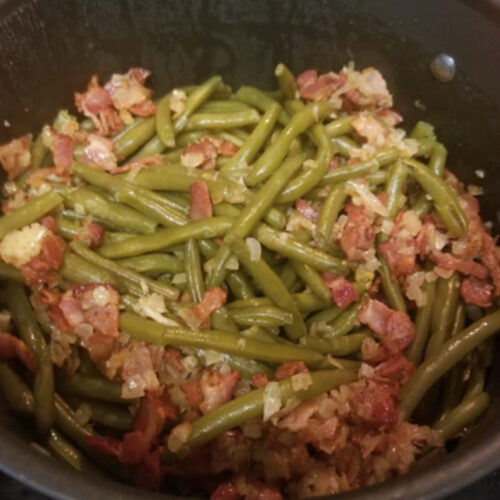 Conover
This southern dish could be a main meal with a couple of additions.
4.20 from 5 votes
Print Recipe Pin Recipe
Course Side Dish
Cuisine American
Servings 4 people
Calories 184 kcal

Note: Be sure to review this recipe, and let us know how yours turned out in the comments. Yes, we read the comments! Also, give us a follow on Facebook, and Instagram, please. Thanks for stopping by!

Eh…Cajon seasonings? laugh the heck out loud. New Orleans is the south but not southern. No respectable cook in the real south would have known what Cajon seasoning even was back in the day. Fatback salt pepper onion, WATER ….simmer for like 5 hours. thats it.

Hi there! Thanks for dropping by. Your way of making green beans sounds delicious. I was raised in New Orleans, but my mother, who was from the country near Junction City, Arkansas, taught me to cook. So, yeah, Southern:) Again, thanks for coming by.

Absolutely wonderful recipe! I could eat this as a meal by itself.

Thanks for taking the time to leave a review, Gha!