This creamy cajun shrimp linguine Alfredo recipe is out of this world. We’ve posted a similar recipe for creamy shrimp Alfredo pasta, but this one is different in so many delicious ways. 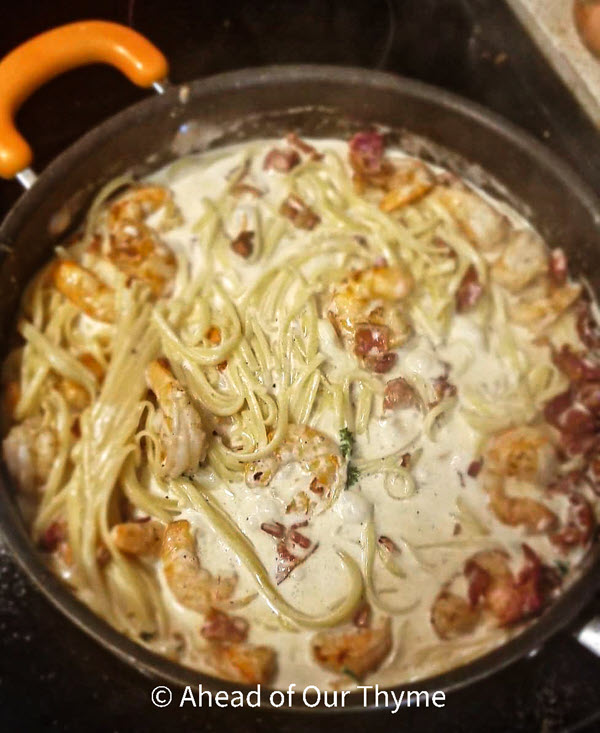 And the best part? It’s easy to make.

And even better, it looks like you worked hard in the kitchen to make this simple but elegant creamy shrimp Alfredo recipe.

Ah, this is the best part. This Alfredo dish doesn’t require a lot of ingredients, but you can add additional elements to this recipe.

And you can use chicken instead of shrimp. We are in love with linguine Alfredo with chicken. Chicken linguine alfredo is the legit best thing ever (except for this shrimp Alfredo recipe). Here’s an idea: Maybe make a Cajun shrimp and chicken Alfredo. Chicken and jumbo shrimp together give you the best of both worlds.

You can also add spinach. Yum. 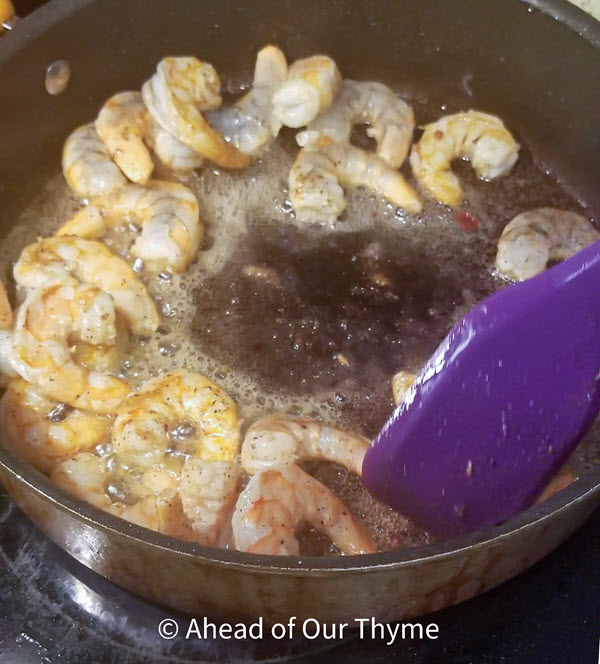 Aside from the seasonings, you’ll need:

One of my favorite ingredients is sun-dried tomatoes. It really adds to this rich, creamy dish.

We don’t need olive oil with this dish. We’re going to use bacon fat instead. However, you can use olive oil if you want to cut the saturated fat out of your diet. 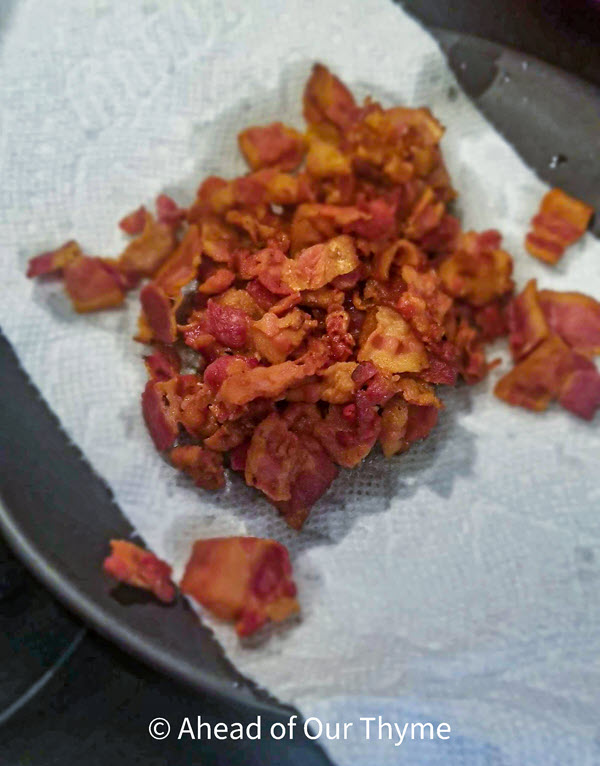 If you want to use olive oil, though, you can. Bacon just adds to the flavor, and olive oil does not.

I add olive oil to the boiling linguine pasta, but honestly, you don’t have to do that. It doesn’t really do anything. It’s just a habit for me. You can also use canola oil to add to your pasta.

What Seasonings Are Good in Alfredo Sauce?

As for the seasonings, you’ll only need:

I use an obscene amount of garlic, but you can tone down the garlic if you like. That’s it!

You can add lots of other delicious ingredients to this shrimp linguine Alfredo recipe. Here are just a few things you can add to make delicious shrimp fettuccine alfredo.

Maybe you’re opting to use jarred Alfredo sauce instead of making it homemade. Hey, that’s totally OK. We’re all about making dinner easier for you.

Here’s what you need to do to make jarred Alfredo sauce taste better.

What Kind of Pasta to Use with Easy Shrimp Alfredo Recipe

You sure can! This recipe calls for linguine, but I’m a “use what I have in the kitche” kind of person.

You can use fettuccine pasta (fettuccine noodles) to make fettuccine Alfredo, or you can use spaghetti. Obviously, I wouldn’t go with a bow tie pasta, and the longer spaghetti type pasta works far better.

The creamy sauce gets thick in this recipe with the help of the parmesan cheese and heavy cream. The thick sauce over the shrimp pasta is amazing.

What Do You Eat with Shrimp and Linguine Recipes?

My go-to side dish with a lot of pasta dishes is spinach salad. However, if you add spinach to the shrimp pasta recipe, then it might be redundant. In that case, a green salad would be delicious with this pasta recipe.

1. Cook pasta over high heat according to the instructions on the box.

2. While the pasta is cooking (reserve one cup of the pasta water), cut up bacon into about 1/2 inch slices, then cook in a big pan over medium heat on the stove. 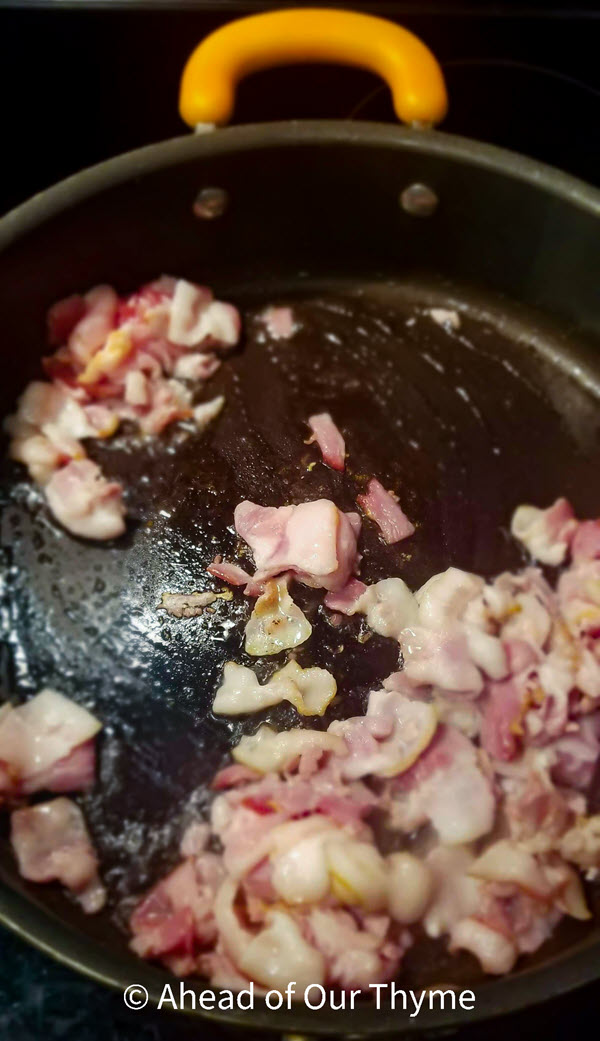 Remove from the pan. Set aside.

3. Place shrimp in the bacon grease, sprinkle with the Cajun seasoning, and salt and pepper on both sides. Saute the shrimp over medium heat.

4. When the shrimp curl and turn pinkish and translucent, remove the cooked shrimp from the pan and add them to the bacon you set aside.

5. Throw the sun-dried tomatoes into the pan, and stir.

6. Add garlic, and continue to stir.

7. Now add the heavy cream. Let that bubble for a few minutes, add the chicken broth, and then add the parmesan cheese. 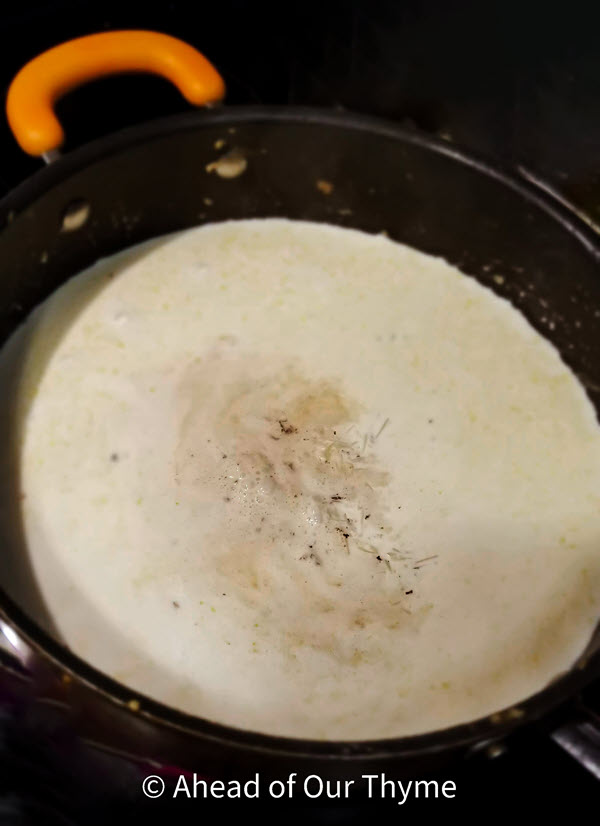 8. Add the cooked pasta, pasta water, shrimp, and bacon back into the pot.

9. Stir well to get the cream sauce mixed in well.

10. Garnish with fresh parsley, and you’re good to go! 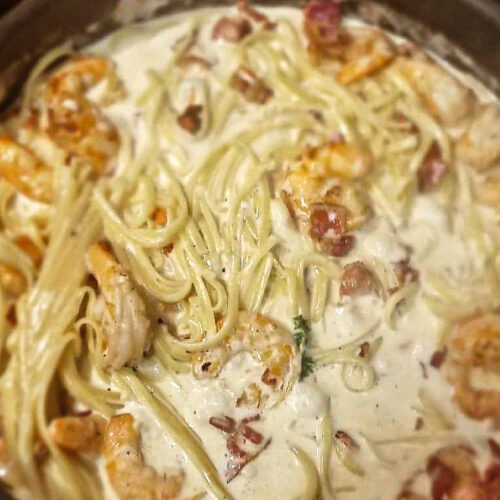 Who's ready for some creamy Cajun shrimp linguine Alfredo with crispy bacon and sun-dried tomatoes?