I know, I know. I realize that soups and chowders are usually reserved for the wintertime. Who made up that rule anyway? You’re not the boss of me, so I’m going to whip up some creamy shrimp chowder with corn and bacon. So there! 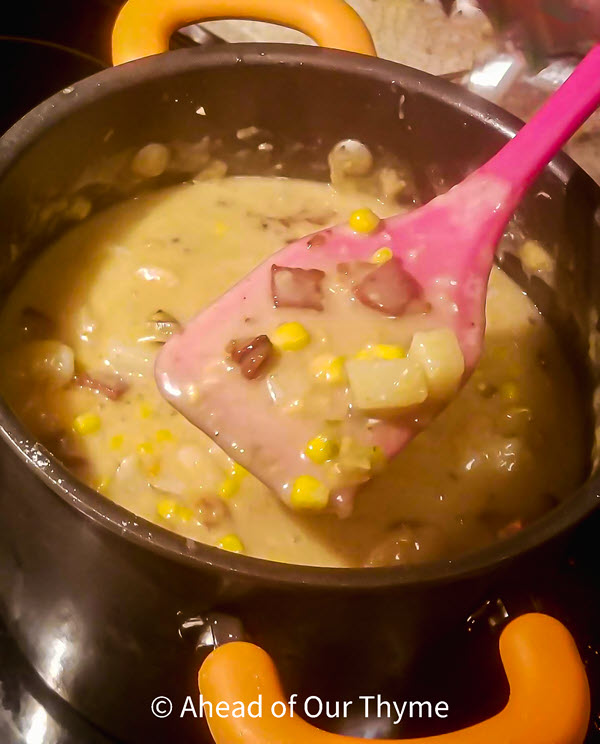 What’s the Difference Between Chowder and Soup?

I’m going off on a tangent again, aren’t I? I’ll move on. You don’t have to ask me twice.

You will need to gather these ingredients: 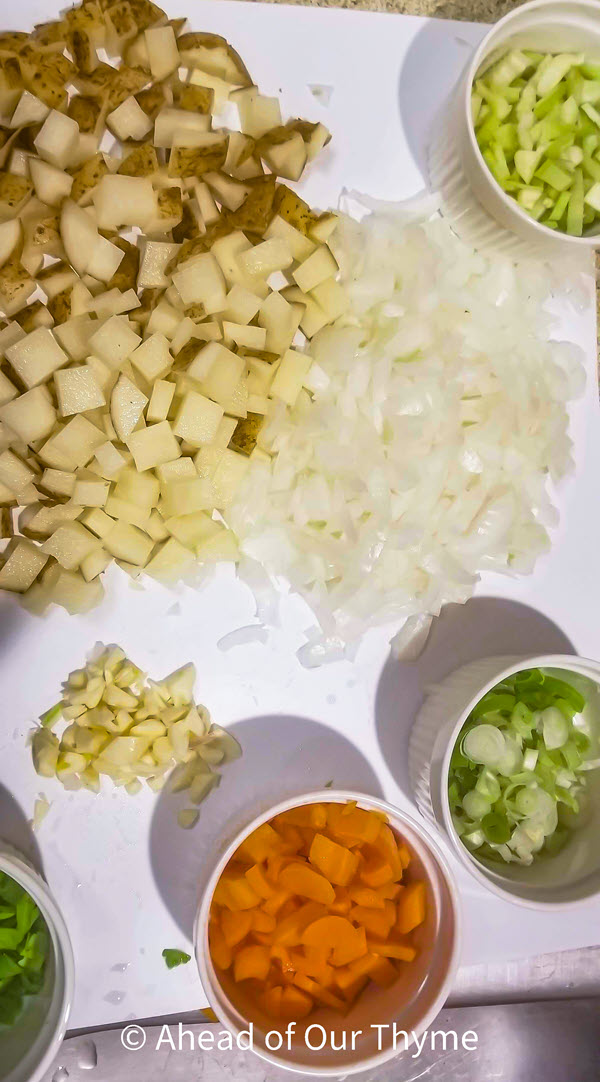 Most of the ingredients you probably have in your kitchen.

I’m all about saving money when cooking. So, buying large shrimp is less expensive than jumbo shrimp. So, I purchased large shrimp. Although, medium-sized shrimp works well, too. 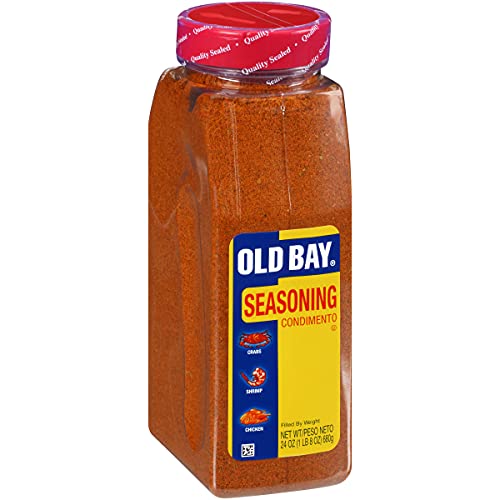 Is This the Best Creamy Shrimp and Corn Chowder Recipe?

Are you serious? Of course, it is. Geez. It’s like y’all don’t even know me:( I need to tell you guys that when recipes call for one little bitty clove of garlic, a foodie warrior surfaces in me, and I’m all, “What did you say to me, bro?”

So, I’m trying to say that I triple or quadruple the call for garlic. I’m guilty. Should I feel ashamed? Too bad. I don’t. I’ll move on. We need to make this shrimp chowder recipe. Oh, right, With corn. Yummy corn.

Corn was always a favorite side dish for me as a kid. Cajun corn maque choux Is out of this world. It’s so easy to make, and yet, this corn chowder recipe is even easier to prepare. Corn, give me all of the corn. And shrimp. I’ll take that, too. 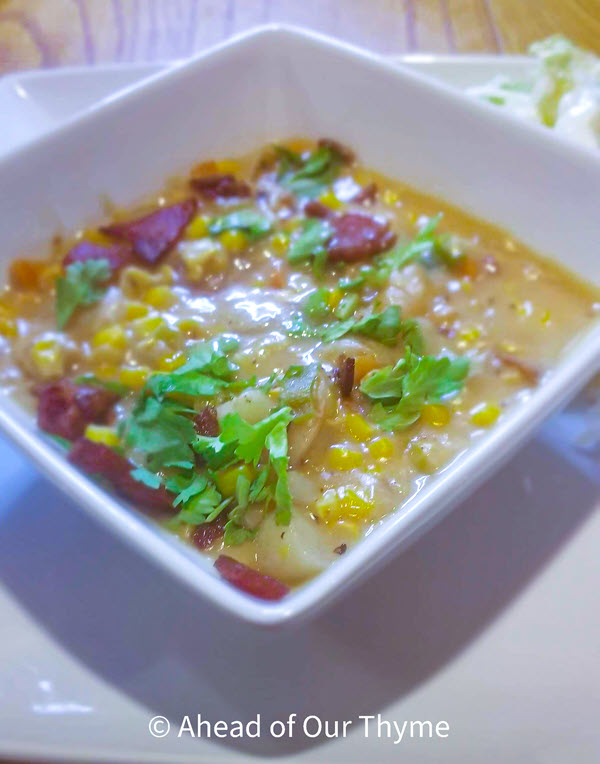 What Goes with Seafood Chowder

Again, this isn’t a thin soup. Chowder is a hearty dish, and it’s very satisfying with shrimp. I’m not a soup hater, OK? Don’t look at me like that. Vegetable soup is my favorite; Chicken noodle soup is the bomb.

Minestrone soup is everything. Lentil soup is comfort food. Tomato soup with grilled cheese makes a fantastic meal. Oh, and let’s not forget French onion soup. And then there’s Italian wedding soup. And a favorite of mine is chicken tortilla soup. So, you see how I don’t hate soup? I think I’ve proven myself here as a devotee of different kinds of soup.

But if it’s a choice between chowder and soup, things are about to get weird. Bye-bye, soup. Let’s just call it unrequited love. OK, soup?

You can make potato chowder, fish, or clam chowder, too. There is something satisfying about the combination of corn with shrimp and bacon. My grandparents were farmers and grew corn, so I’ve probably eaten corn in about every way you can imagine.

I remember the seemingly endless rows of corn. That’s probably where I got my love of corn as a side dish. But this time, corn will be part of the main dish. As it should be. Corn is underrated, and we’re going to fix that:) 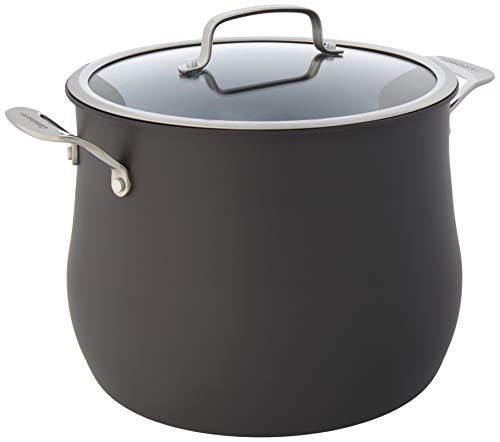 As for shrimp, they are low fat and full of protein. And shrimp are delicious. My favorite shrimp recipe is probably shrimp boil. And if you have the small-sized shrimp, you can whip up a shrimp salad. 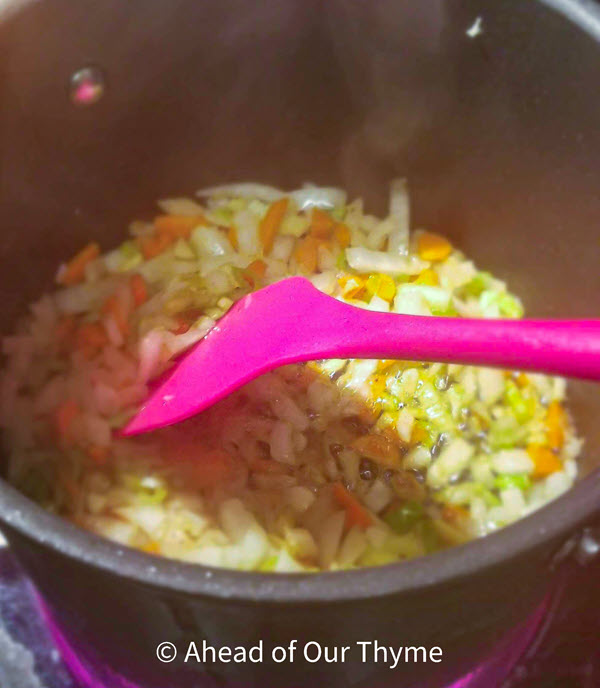 Sometimes I marinate the shrimp, then throw them in the air fryer. Shrimp is a very versatile food. Fried shrimp, boiled shrimp, it’s all good. And shrimp mixed with corn is even better.

Watch how easy this is to make: 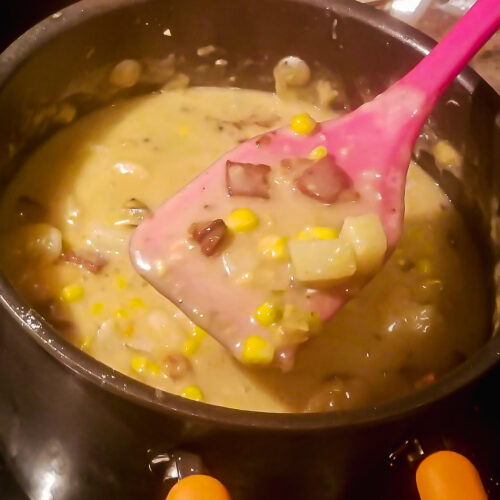 Note: You can freeze the chowder, but only if you didn’t add potatoes to it. Potatoes don’t freeze well, unfortunately.